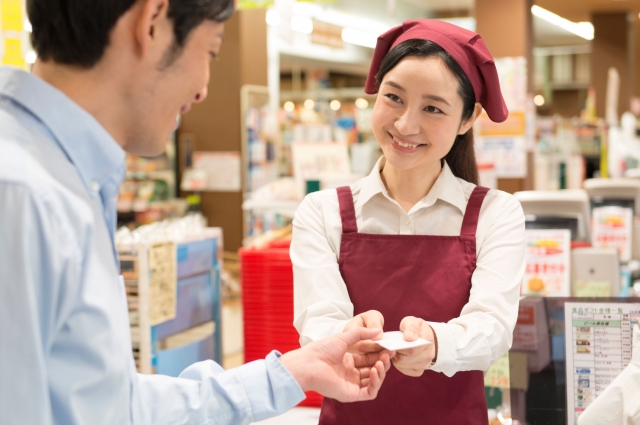 Let’s see if your stereotypes of Japanese are true Stereotypes for any race, ethnic groups, country, culture do exist, but particularly Japanese people are one of the most stereotyped groups of people. Some people think that Japan has the weirdest culture on earth, others think that all Japanese people are extremely polite… Imaginations of the mysterious country go endless.

Of course, some stereotypes are true, but others are merely a myth. The followings are the stereotypes of Japanese people that foreigners often come up with, but in fact, are never true.

1.All Japanese people are into Anime and Manga Do Americans eat hamburgers and pizzas every day? Do Italians eat pasta every day?
Definitely No! Right?
When foreigners think of Japanese food, the typical dishes they come up with are sushi and ramen, and they think that the Japanese eat these dishes every day, or eat them on a daily basis. But in fact, sushi is such a delicacy that most Japanese people do not eat it often. Also, although ramen is a relatively cheap dish, it is not something that the Japanese eat regularly.
The Japanese cuisine has a diverse range of dishes and what people usually eat may not be typical Japanese dishes such as tempura, katsudon, gyudon, udon, soba, etc. They enjoy not only Japanese dishes but also dishes from other countries like Italy, China, or Korea.

3.Japan is a High-Tech country Japan is usually associated with a high-tech miracle land. Probably high-tech toilets have accelerated the image? It was true during the 70s and 80s when Japan saw a rapid economic growth, but does not apply to the current society. Japan is now left far behind China, Korea, and Western countries regarding technological adaptation to the society. Many tourists, foreign workers, and exchange students are shocked to find Japanese people still use a fax machine at the office, and they usually pay by cash instead of the credit card.

4.Japanese women are obedient and docile Some foreigners may be dreaming of marrying Japanese women because they are known to be subservient and docile. But it is a thing of the past. As many women are coming into workplaces, they have come to be independent and not obedient to men. Also, it is common for Japanese households that who manages the family budget is the wife. If you think of Japanese students being diligent and serious about studying, such an assumption will be collapsed when you enroll in a university course. It will be a huge strike to you. You will see them opening their laptops to play games, to watch YouTube, or to chat with friends, checking SNSs, and even sleeping.
Also, many Japanese students are more into club activities, hanging out with friends, and doing part-time jobs than studying. This is why there exists a saying “university is a summer holiday of life”! This is often the case. Japanese people are quiet in public spaces, don’t litter, speak in a polite manner to strangers, respect older people, and so on. But this may not be the case during a deadly rush hour. People are all in a hurry to be on time, and they feel stressed by taking trains full of people. So they may not be as polite as you imagine.

7.All Japanese people are xenophobic Some people think that Japanese people are xenophobic. Thus they are feared that the Japanese treat them harshly, which would make a bitter experience in Japan.
Since Japanese people do not have many chances to come into contact with foreigners, they are not used to interacting with people from different countries and cultures. However, not everyone has hatred towards foreigners. In particular, the younger generations are open to these people and curious about their countries and cultures. Most of them are willing to talk to foreigners and help them if needed. It is true that Japanese people used to eat whale and dolphins for hundreds of years until right after the WWⅡ, but it is uncommon anymore. They used to eat these animals as an easy, plentiful source of protein. But as other kinds of meat such as pork and chicken became familiar, people have come to consume less whales and dolphins. Some people still eat these kinds of meat, and some supermarkets sell packed meat of these animals, but not many people have it. Actually, most of the young generations have not had these animals in their lives.

9.Japanese people are not positive about dating or romance It is often pointed out that the decline in the birthrate and marriage rate is due to young people in Japan who are uninterested in dating or finding a romantic partner. However, it is too simplifying to determine that the cause of low birth rate and marriage rate is the fewer interests to romance. There are many couples that want babies and people who want to have a romantic partner. But since many young people have financial difficulties, they opt not to marry or not to have babies. As for the Japanese not being able to hold their liquor, this is partly correct. About 40-45 % of Asians do not proceed alcohol well, and Japanese people are no exception. It causes drunken salarymen (office workers) sleeping on the trains or on the road, which may be familiar to some of you. However, those who were not born to have such an unfortunate mutation can handle any alcoholic beverages.
When it comes to the stereotype that Japanese people drink sake only, this is certainly untrue. They may drink sake more than other types of alcohol, but they also enjoy wine, whiskey, beer, and cocktail. In fact, in the most drinking party (nomikai), they start off with drinking a jar of beer.

Were there any surprising facts or new aspects about Japan? How have your stereotypes of Japanese people turned out?
I hope this article has provided you with a new journey to Japan.

Sukeban: Japanese Delinquent Girls in the 1970s Sukeban are Japanese female gangs characterized by altered school uniforms with long skirts and rolled-up sleeves, that are a continuous movement of reveling schools. Let’s find out their subculture and fashion. What is Sukeban? Sukeban (スケバン) refer to delinquent Japanese girl gangs or the boss girl in a gang. The word “Sukeban” is said to come from “suke,” meaning “girl,” and “ban,” a short form of “bancho,” or a gang boss. Sukeban first appeared in the 1960s, as a female equivalent to the male bancho gangs or a girlfriend of male bancho. Initially, ... 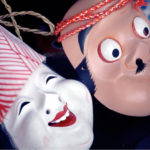 9 Traditional Japanese Masks and their Meanings

Traditional Japanese Masks-History, Types and Meaning The Japanese people today are known to wear surgical masks in public for the protection of disease or for the feeling of privacy. As well as a modern type of masks, traditional masks have been playing an important role in the Japanese society. Traditional Japanese masks are either archetypes borrowed from myths and gods or representing emotions, and they have been used in Shinto shrine festivals, rituals, and traditional drama called Noh. Some of them are quite popular Japanese masks that you can still see today. History of Japanese Masks Masks were originally used ...

22 Top Souvenir (Omiyage) Ideas to Bring Back From Japan

List of Must-Buy Souvenirs from Japan! Are you planning to come to Japan, or are you about to leave Japan? Whenever you travel, you may want to buy souvenirs to take back home to remember your precious experiences. You may also want to share your experiences with your family and friends. Then, why don’t you get some souvenirs in Japan before having a flight back home? There are many kinds of souvenirs (or “omiyage” in Japanese) that you can feel “Japan” everytime you see/use them. The followings are top recommended souvenirs! If you are visiting Tokyo, here are more detailed ... 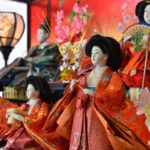 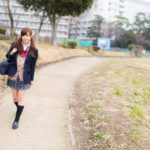