This is What the Japanese Eat for Breakfast! 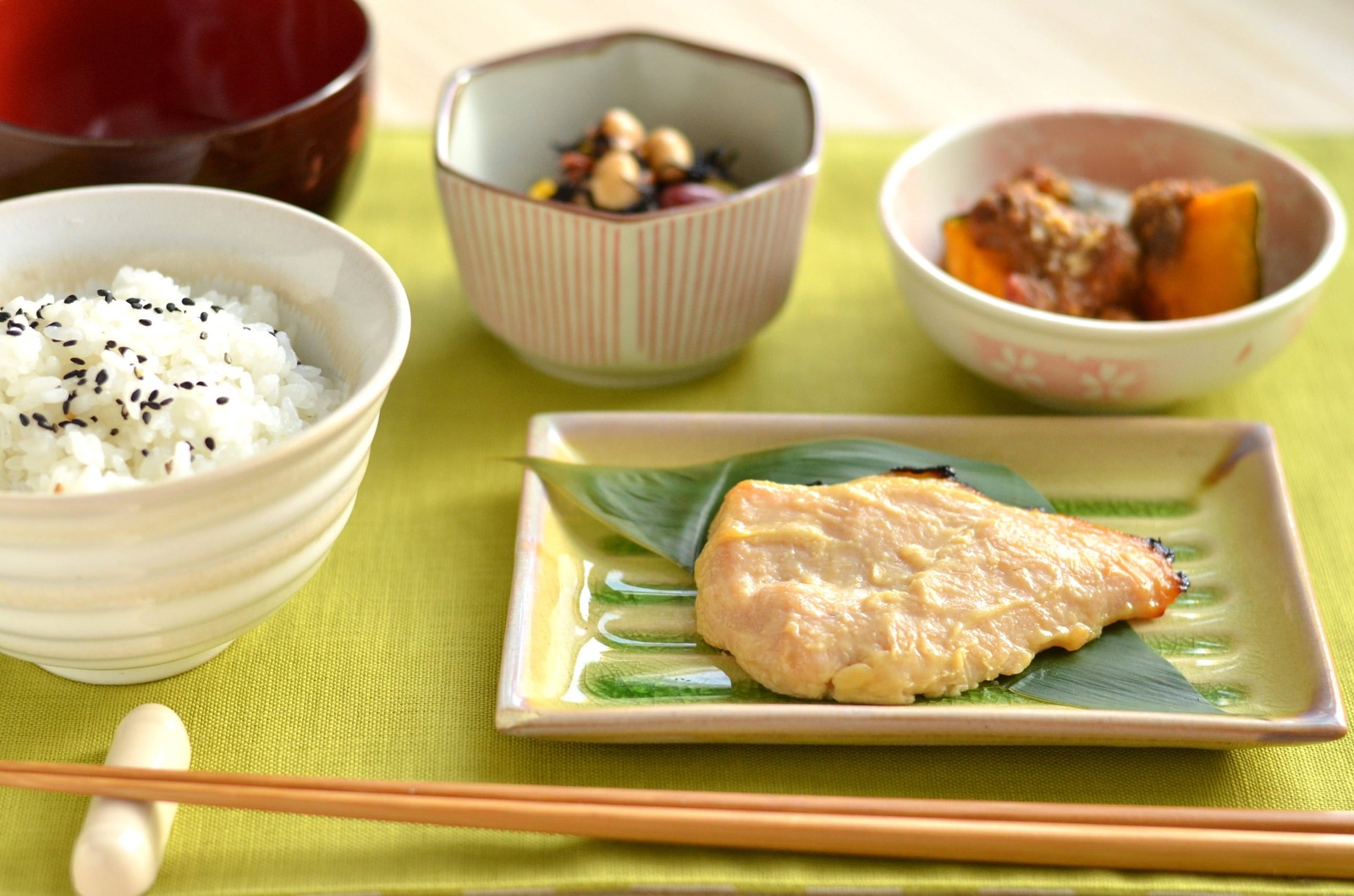 What is Traditional Japanese Breakfast lkie?

In many parts of the world, a nutritious, well-balanced, freshening-you-up breakfast is considered to be important, so is in Japan. As people get busier and busier, people have come to skip the breakfast or have a quick, easy breakfast, but still, Japanese people consider breakfast as important, and they spare time to prepare nutritionally well-balanced breakfast.

Each country has a traditional style breakfast, and you can see the essence of that country and culture from it.
Traditional Japanese breakfast may be different from other styles of breakfast you have ever seen.

What is traditional Japanese breakfast like? Let’s check it out! Traditional Japanese breakfast is composed of steamed rice (gohan), miso soup (miso shiru), a plate of main dish rich in protein like grilled fish, sunny side up, or natto (fermented soybeans), and one or two side dishes like Japanese pickles (tsukemono) or boiled vegetables (ohitashi).Sometimes fruits are added according to one’s preference.

It sounds too much, but each dish is served in a small portion, so there is no problem to finish it all. Also, it consists of light dishes which do are not greasy or creamy.

It seems to take much time to prepare all of these dishes in the morning, but Japanese people have time-saving hacks. Most people use the leftover of steamed rice and instant dash broth for miso soup, and packed or prepared dish for the main dish. They sometimes have rice seasonings (furikake or dried seaweed).

The followings are the dishes commonly eaten for breakfast in Japan. Gohan is steamed rice, either white rice or brown rice. Gohan is a main source of carbohydrate in Japanese breakfast and eaten with main dishes and side dishes, so gohan is a must in the traditional style breakfast.

Most households cook rice with a rice cooker because it is faster than cooking with a pot, and they can prepare other dishes while waiting for rice to be cooked.

Most of the time rice is eaten as steamed rice, but also can be eaten as porridge (okayu). Okayu is nice when you do not have so much appetite but want to have something. Okayu is eaten with various toppings such as pickled plum or seaweed. Misoshiru is miso soup, another crucial dish for Japanese breakfast. It is made with dashi broth to add a subtle taste of seafood, miso paste (a paste made from soybeans), and whatever ingredients you like.

Ingredients for miso soup can be really anything you want, but common ingredients are wakame seaweed, tofu, nameko (a kind of mushroom), and negi (green onion). Other than preparing misoshiru at home, miso soup package and pre-seasoned dashi infused miso paste are familiar ways to make miso soup.

Misoshiru is not only nutrient but also a dish that wakes you up with its warmth and gives you a sense of comfort. That is why Japanese people always have it for breakfast. Grilled fish is a typical selection for the main dish and a source of protein. Fresh, nice fish is broiled in the oven or cooked in a frying pan with a pinch of salt. Common fish is salmon, horse mackerel, and mackerel. Tamagoyaki is a Japanese style ommlete with thin layers of the egg are rolled. Tamagoyaki is also a familiar dish for breakfast as a source of protein.
Tamagoyaki is made with eggs (usually two or three), dashi, and sugar. But the seasonings used differs depending on the household; some like sweet tamagoyaki, while others like it with less sweetness.

The mixture is poured into a rectangular-shaped pan little by little, and after one thin layer is set and rolled into a log, more mixture is poured to make another layer, and the is rolled together with the log you just have made.
This process sounds complicated, but once you master it, it is a lot of fun. Natto is fermented soybeans with soy sauce, Japanese mustard, and green onions added, and eaten with steamed rice. Natto must be one of the mysterious Japanese food for westerners, due to its strong, distinct aroma and slimy texture, but it contains various nutrients.

Different companies sell various types of packed natto, so it is a common sight that a large space is spared for natto at grocery stores. Ohitashi is a vegetable dish cooked in a way that steeps them in a dashi-based soup. This method instills the vegetable with umami taste, but at the same time, natural taste of the ingredient can be enjoyed. But these days ohitashi also indicates boiled vegetables seasoned with soy sauce.

Any kinds of vegetables will do for ohitashi, but the commonly used ingredient is spinach. After quickly blanched, then soaked in the cold water, and infused with dashi, the vegetable is served on a plate topped with katsuobushi (bonito flakes). Tsukemono is a Japanese pickle served as a side dish as the name means that accompanies the meal. A typical kind of tsukemono is pickled plum, or known as umeboshi, soaked with shiso. PIckled daikon radish is also familiar among Japanese people.

Variety of tsukemono can be available at a refrigerated section of supermarkets, but a particular pickle can be found and famous in sightseeing spots especially rural regions as well. Traditional Japanese breakfast is known for its nutritional value. It is well-balanced, consisted of a decent amount of carbohydrate, protein, fat, vitamin, and other nutrients. Serving each dish in a small portion makes it possible to contain different kinds of dishes, which ends up composing many nutrients.

Ingredients used for Japanese breakfast contain benefits for health, too.
Typical ingredients for Japanese cuisine such as soy sauce, miso, natto, etc. are fermented. Fermented food is highly nutrient, and prevents diseases and health problems like cancer, high blood pressure, heart attack, and so on.

Also, typical dishes for Japanese breakfast, cooking methods, and the serving style reduce the amount of fat. Instead, it contains a proper amount of carbohydrate and protein and lots of vegetables. That is probably why Japanese breakfast is known to be healthy.

Variations of the Breakfast Japanese People Have

As well as traditional Japanese breakfast, western style breakfast has been getting common for Japanese people especially among the young generation, as various types of food have become available anytime and anywhere. Among all kinds of western style breakfast, bread is huge. There are a large number of bakeries in Japan, and people buy bread for breakfast on the way home.
Shokupan, or square-shaped, soft white bread is often picked by those who crave for quick and simple western style breakfast. Shokupan is toasted in a toaster and eaten with butter or jam. Sometimes people add sausages, eggs, salad, and soup as an extra. Cereals are also becoming a standard for an easy breakfast. A plenty kinds of cereals are sold at supermarkets, with simple cereals like cornflakes or brown rice flakes the top-selling. Granola coming with dried fruits, seeds, nuts, and grains is a popular choice as well. Like in western countries, some fruits, milk, or yogurt are topped with cereals. Those who are looking for a gorgeous breakfast make pancakes. Pancake mix, which contains all the ingredients needed to make pancakes is available at grocery stores, so it is easy to make them at home with a few ingredients like milk and eggs. Maple syrup, jam, and butter are common condiments for pancakes like the western counterparts. Smoothie is another choice for breakfast, and those who are health conscious or who are on a diet tend to have a smoothie for their breakfast. Vegetables, fruits, ice cubes, and honey are mixed in a blender, and then poured into a glass, at times topped with some nuts.

Have you enjoyed traditional style Japanese breakfast?
If you come to Japan, never miss this nutrient, healthy breakfast! 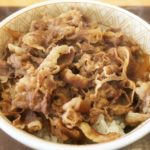 11 Delicious Japanese Fast Food Chain Restaurants! Japan has plenty of fast food restaurant chains for various types of food. If you want to save money on your food but still want to have something Japanese, Japanese fast food chains are the best option. There are globally famous fast food chains like McDonald’s or Subways, but it would be a good idea to try ones that you can find only in Japan. 1. Yoshinoya Yoshinoya is one of the largest gyudon (beef rice bowl) restaurants in Japan. You will find Yoshinoya anywhere in Japan especially near train stations with a ... 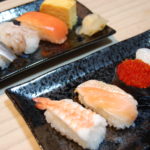 Nigiri Sushi vs Maki: Clear Guide to Tell the Differences

Confusing Terms "Nigiri" and "Maki" If you are new to sushi, ordering sushi at a Japanese restaurant would be confusing. There are different types of sushi on the menu, but you are not sure what each term means. So you don't know what to order. Guide of 8 Different Types of Sushi: from Nigiri to Sasazushi The typical questions people have is, "what is the difference between nigiri and maki?" This page will answer your question, making it as easy and simple as possible for you to understand what each term indicates and differences of those two. Are Nigiri and ... 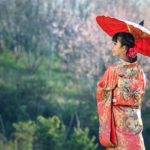 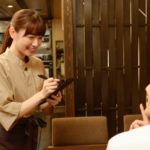 Complete Guide of How to Order Food in Japanese

Guide to Order Food in Japanese at Restaurants Many tourists have difficult times when communicating with staffs while traveling Japan, especially at restaurants. So, it will be helpful to learn how to order food in Japanese to make your dining experience smooth and fun. Most restaurants follow the same format; entering a restaurant, ordering a drink, ordering food, and paying. You don’t have to be worried about being asked unexpected personal questions like “where have you visited in Japan so far?.” The phrases shown below can be used at any types of restaurants. We will introduce how to order food ... 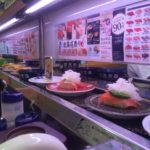